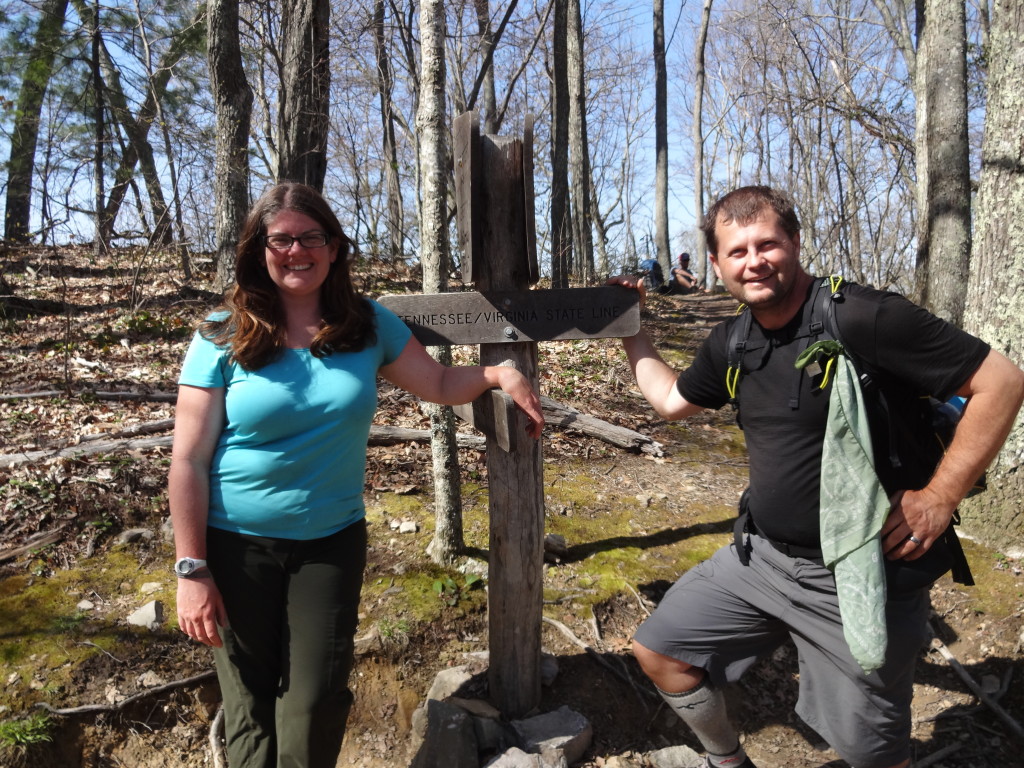 About “The Hiker Box”

Jessica and Tom wanted to name their store something that had the word “Hike” so it is easy for people to understand what they carry.  They also fell in love with hiker boxes on their 2013 Appalachian Trail hike.

What is a Hiker Box?

A hiker box is a physical box or area where hikers may leave or take items.  They are typically found in towns near long-distance trails.  Outfitters, hostels, motels, and other stores that hikers frequent may keep hiker boxes in a convenient, public area.

Hiker boxes most often contain food, small gear and resupply items that a hiker did not need.  For example, a hiker uses up all their Band-Aids and comes into town.  They buy the smallest box they can find, pack 10 or so in their gear, and leave the rest in a hiker box.

Jessica’s favorite item to find in a hiker box is toilet paper.  So annoying to have to buy a four-pack just to make it three days down the trail.

And yes, while “The Hiker Box” is not exactly close to a long-distance trail, there will be a hiker box in the store.

Jessica grew up in Chicago, IL and spent her childhood summers with her grandparents at the cabin in which she and Tom currently live.  It was always a dream of hers to live year-round in Eagle River and she feels like a kid again now that the dream has come true.

Jessica has always enjoyed walking for exercise and transportation.  Whether exploring the north woods or downtown Chicago, she preferred to do it on her own two feet.

After becoming a serious hiker and camper, Jessica found researching new gear was half the fun of planning a hiking trip.  She loves to work on keeping her pack light.  If you believe in spending a little more money to carry less weight, get gear recommendations from Jessica.  DON’T have her do a pack overhaul for you if you like luxuries such as a separate bowl for food and a cup for coffee.

Tom grew up on a farm in Southern GA and outdoor sporting has always been part of his life.  Hunting and fishing were how food was put on the table, not special outings for recreation.  His love for animals goes back to his childhood where the farm never had fewer than a half dozen dogs and innumerable cats.  Spending time outdoors is just a natural part of life.

When he began vacationing in Eagle River with Jessica he fell in love with hiking as a couple instead of just going solo.  Always a jack of many trades, he enjoys having a solution for every trail need so he’s the guy who tends to carry an extra pound or two for luxury items just so he can pat himself on the back when something turns up useful.  His biggest issue at the campsite is keeping Jessica from stealing his luxury items (unless he was carrying it just so that she would use it, of course).

Tom’s trail name is Outfitter, named such after his frequent need to replace gear he lost/broke/plain wanted to switch out in the first 700 miles of their 2013 Appalachian Trial hike.

Jessica and Tom met through online dating in early 2006.  Tom had just moved to the Tampa Bay area in Florida where Jessica lived for most of her adult life.  They quickly became inseparable.   Hiking became an obsession for them around 2009 and they haven’t looked back.

Tom and Jessica feel this area has some amazing and beautiful hiking trails.  Through their store they hope to encourage hiking as year-round activity in the north woods.

Currently opening the store in 2014 limits their hiking to day-hikes and overnights.  They do plan to return to finish the 800 miles they have left of the Appalachian Trail, as well as start section hiking the Superior Trail and the Ice Age Trail.

We have found a more accurate shipping address based on the information you have provided. Do you want to use the following Shipping Address?